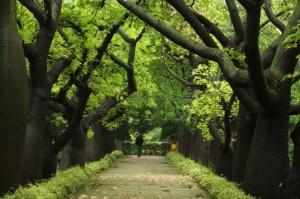 The aim of this conference is to encourage an interdisciplinary investigation of the role of rhetoric and discursive processes in the realization of democracy and its eventual degenerations. In the contemporary debate on this topic, there seems to be a polarization between two different conceptions of democracy: the “deliberative” one and the “agonistic” one. The first one is related to the classical tradition that considers Habermas as its reference point. This conception emphasizes the role of rational deliberation as a means to produce a legitimate and binding consensus. Instead, the second one draws its inspiration from C. Schmitt, and considers conflict and disagreement as unavoidable conditions of democratic life. Despite their obvious differences, these two theoretical models have a conception of rhetoric in common that is subjected to, or at least separated from, the full exercise of argumentative rationality. Nevertheless, an interpretation of rhetoric that includes the logical-argumentative dimension in the rhetorical domain is possible. In this way, the recovery of rhetoric, considered both as a practice and as a theory of persuasive speech, may shed light on the role of discursive processes in building consensus, and thus might allow a revision of the dialectical tension between the pairs of concepts that the debate tends to focus on: normative/descriptive, rational/irrational, agreement/conflict. Starting from this theoretical framework, the organizers hope to receive papers with a theoretical or historical character that come from different disciplines and perspectives, including: rhetoric, philosophy of language, philosophy of politics, argumentation theory, sociolinguistics, discourse analysis, and political science.

The conference will be organized by EIKOS. International Research Group on Rhetoric (www.ricercafilosofica.it/home/eikos), hosted by the Department of the Humanistic Sciences at the University of Palermo in cooperation with the International Center for Philosophical Research (CRF) and patronized by the following Ph. D. Programs: Dottorato di Ricerca in Scienze Filosofiche – Palermo and Dottorato di Ricerca in Filosofia – Messina, Palermo, Catania.

Proposals (no more than 500 words), with a brief biography, should be submitted by December 30th 2014 to salvatore.dipiazza@unipa.it.

Proposals should be submitted for a 30-minute presentation delivered in English, French, German, Italian or Spanish. Group proposals are welcome. The group must consist of 3 or 4 speakers dealing with a common theme in order to form a coherent panel. The person responsible for the panel, who may also be one of the speakers, has the task of introducing the papers and guiding the discussion. The panel proposal should include: the abstract of each paper and a general introduction (+/- 200 words).

The EIKOS ‎research team, which is mostly composed of philosophers of language, takes its name from one of the fundamental categories of classical Greek philosophy and rhetoric. Through the organization of seminars, conferences, summer schools, and publications, the group intends to promote studies on rhetoric and argumentation with an interdisciplinary approach but with a predominant philosophical interest.